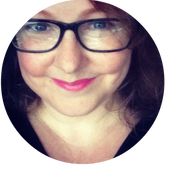 2. When I was little I had an imaginary friend named Mr Corbett.

3. At school I was painfully shy.

4. I was in the Bucks Fizz and Bros fan clubs.

5. I’ve worn glasses since I was six. My first pair were pink NHS with a plaster over one lens.

6. The day before Charles and Diana’s wedding the wind slammed our lounge door. With my finger in it. Six stitches.

7. Whenever I go on holiday I always fantasise about moving there. One of these days I will.

8. In Redwood National Park I hugged a tree, but it didn’t hug me back.

9. I keep fairy lights up all year round. I once saw Bert & Ernie (from Sesame Street) fairy lights in a shop and didn’t buy them cos they were too expensive. I’ve regretted it ever since.

10. I love the sound a hoover makes when you suck up something you shouldn’t. Usually, in this house, a chunk of stale bread (or twenty).

11. The first single I bought was This Ole House by Shakin’ Stevens. I bought it in Woolies.

12. The first song I can remember knowing all the words to was I Will Survive by Gloria Gaynor.

13. I dream about some celebrity or other every single night. Without fail. Seriously.

15. A Harry Styles dream I had in 2014 has led to an ongoing One Direction obsession.

16. Bob Geldof once called me “dogmatic”. At the time, I was kind of horrified. Now I’m kind of impressed. (I mean, of *all* the people to call you dogmatic!)

17. Des O’Connor once called me “cuddly”. I prefer the Bob Geldof story.

18. If I could only eat one food for the rest of my life it would be Pad Thai. Probably.

21. I have a pink plastic flamingo in my garden.

22. My all-time favourite books are the Tales of the City series by Armistead Maupin.

23. I start most mornings by dancing in my (tiny) kitchen as I wash the dishes from the day before.

24. Every year I look forward to the peonies and lavender blooming in my (tiny) front garden.